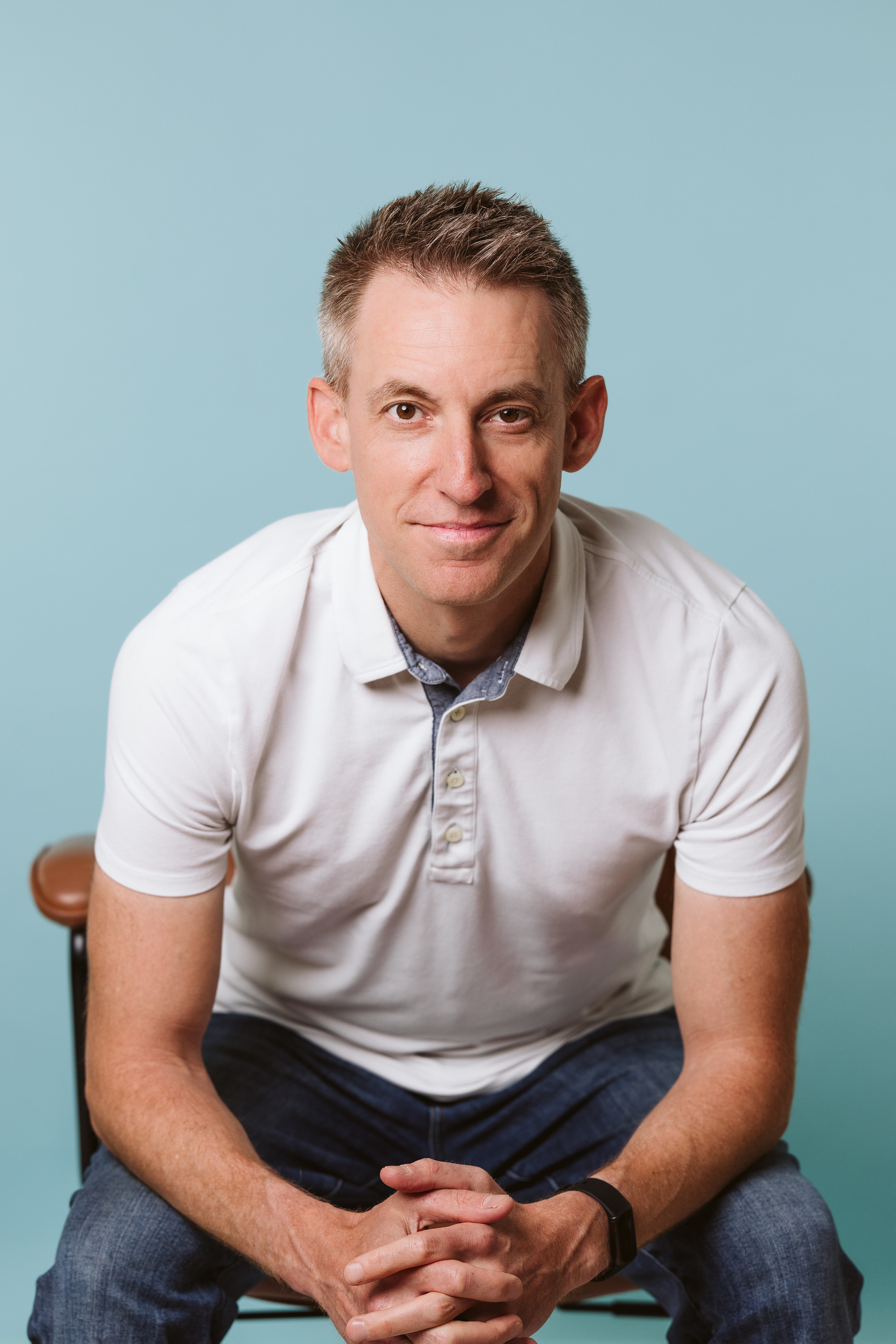 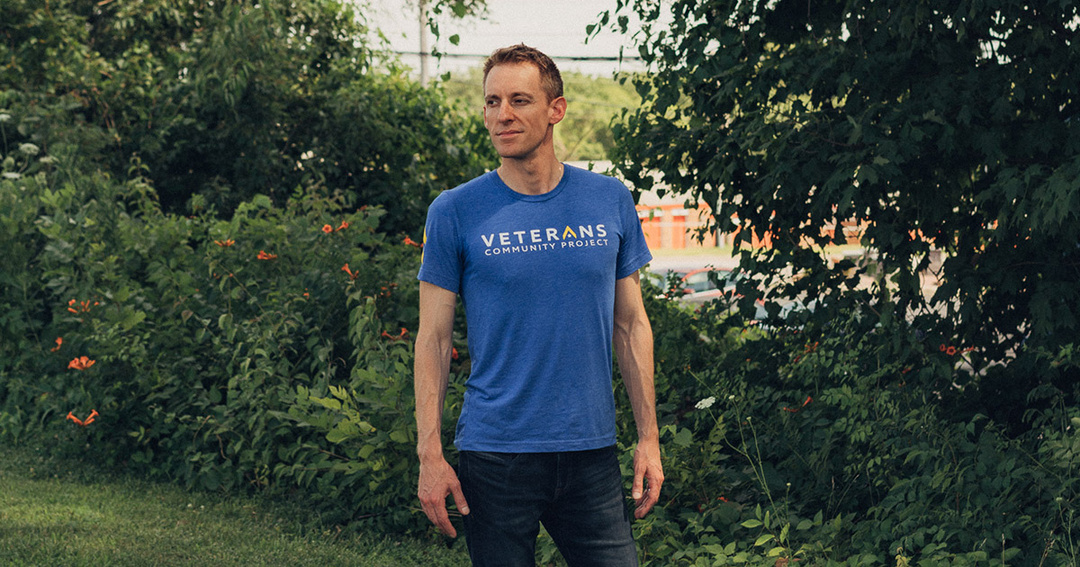 “When we asked President Obama who he saw as the future of the Democratic Party, the first name out of his mouth was Jason Kander’s."

Co-host of Pod Save America

A former Army Captain who served in Afghanistan, Jason Kander was elected to the Missouri state legislature in 2008 and as Missouri Secretary of State in 2012, making him the first American millennial elected to statewide office. In 2016, while Donald Trump was winning Missouri by 19 points, Jason nearly unseated a Republican U.S. Senator.

In 2017, he founded Let America Vote, a national campaign against voter suppression. He served as a teaching fellow at the University of Chicago Institute of Politics, worked as a CNN Commentator, and appeared on every major television network.

In 2018, while traveling to 46 states for political events, Jason publicly acknowledged that he was considering a 2020 presidential campaign. Months later, he surprised many by choosing instead to run for mayor of Kansas City. Three months into that campaign – which seemed destined for victory – Jason shocked the political world by ending his candidacy and stepping back from public life to seek treatment for post-traumatic stress he’d been struggling with since coming home from Afghanistan.

He spent eight months out of the public eye while addressing his mental health.

Today, Jason is the President of National Expansion at Veterans Community Project, a non-profit organization dedicated to fighting veteran suicide and veteran homelessness. He is also the host of Majority 54, one of the nation’s most popular political podcasts. He sits on the boards of Giffords and Let America Vote/End Citizens United.

In 2021, during the fall of Kabul, Jason founded Afghan Rescue Project to save Afghans he had personally served alongside from brutal Taliban retribution. After that first successful operation, Afghan Rescue Project continued its work. To date, the organization has played a crucial role in the successful evacuation of more than 2,000 at-risk Afghan men, women, and children.

A graduate of American University and Georgetown Law School, Jason has written two New York Times bestselling books, Outside the Wire: Ten Lessons I’ve Learned in Everyday Courage, and Invisible Storm: A Soldier’s Memoir of Politics and PTSD, as well as a children’s book, Courage Is, which he co-authored with his son.

Jason lives in Kansas City with his wife Diana, their son True, and their daughter Bella. In his spare time, he coaches True’s Little League team and plays centerfield for the Kansas City Hustlers of the National Men’s Adult Baseball League.

Does the Jason Kander Story Have a Third Act?

You may remember Kander as the Millennial Afghanistan veteran who emerged on the national stage just under a decade ago. He was the clean-shaven, strong-jawlined Democrat who rapidly climbed the ranks in Missouri politics, and was soon seen as the left’s “next big thing.” READ 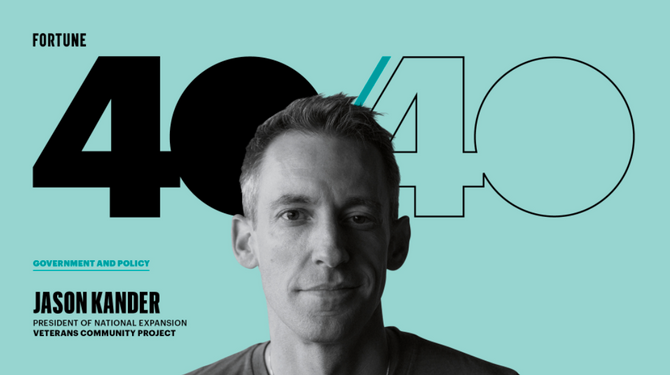 Fortune 40 under 40: Government and Politics

Kander first gained widespread attention with a Missouri Senate run in 2016 where he managed to lose to incumbent Republican Roy Blunt by less than three points—in a state President Donald Trump carried by 19 points. He went on to found the voting rights group Let America Vote in 2017. Kander isn’t ruling out politics in his future, but for now, he’s focusing on making significant change at a policy level. READ 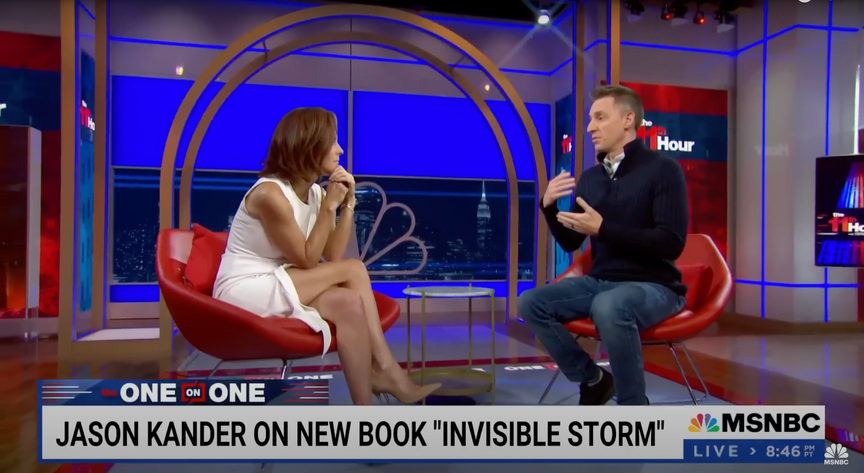 An Afghanistan war vet turned rising star in the Democratic party stepped out of the political spotlight to seek help for PTSD. In his new memoir, Jason Kander opens up about his personal struggles and what’s next. WATCH 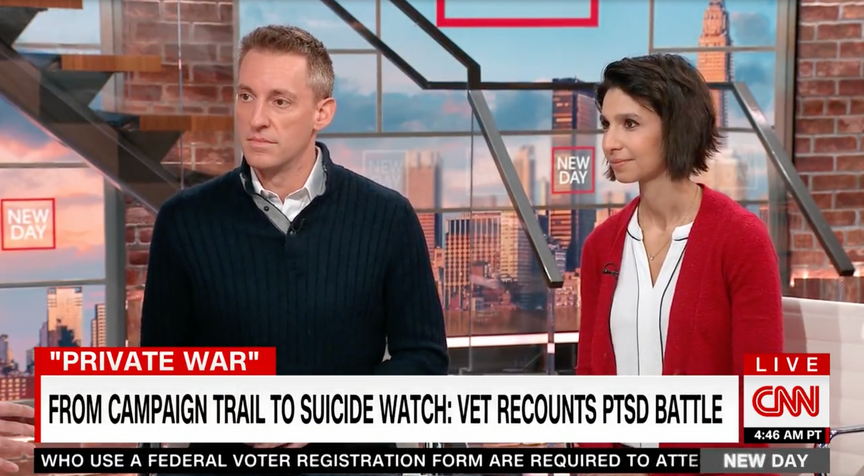 From the campaign trail to suicide watch, a rising political star and former army captain quit his political run to battle PTSD. WATCH 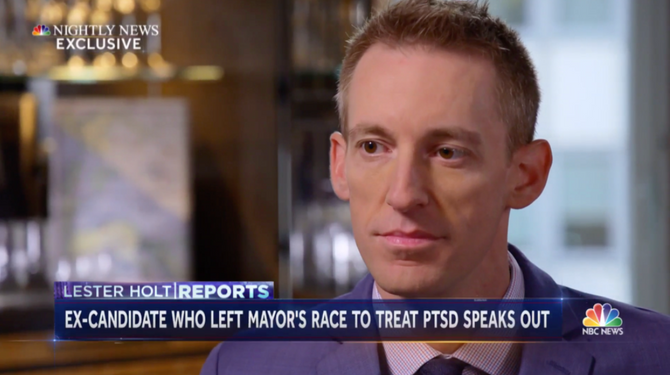 In his first interview since he shocked the country last October by suddenly pulling out of the race for Kansas City mayor and revealing that he was being treated for depression and post-traumatic stress disorder, Kander called PTSD a “monster” that sabotages sufferers into torturing themselves. WATCH / READ 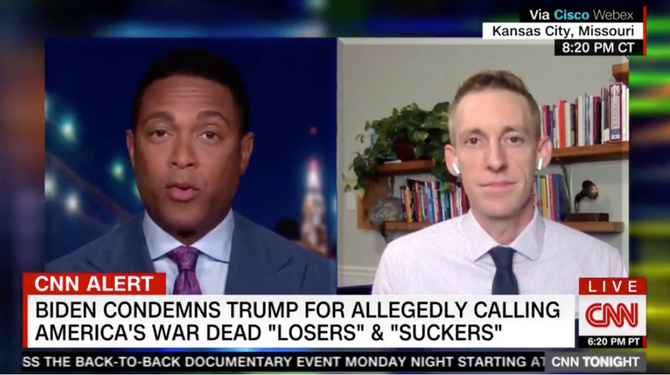 Jason Kander, a former US Army Captain and Biden campaign surrogate, reacts to a report in The Atlantic magazine in which multiple first-hand anonymous sources said President Trump denigrated US service members. WATCH 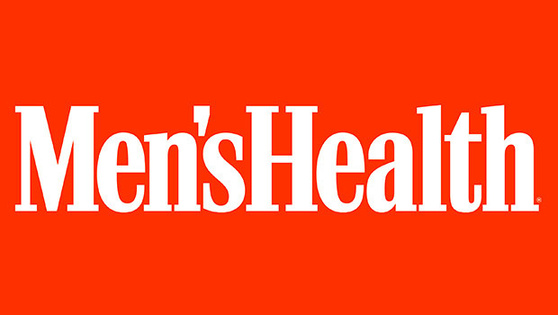 How the Strength Myth Crumbles

Andrew Luck and Jason Kander show us how to quit—and walk away with strength.

To Kander, Vice President Joe Biden tweeted that “public service takes many forms, and bravely stepping forward today is exactly that. By sharing your story, you are saving lives. Others will get the help they need because of you.” READ

Six weeks after touring the Veteran’s Community Project while campaigning, Kander returned to the non-profit and asked for help navigating the Veterans Administration’s red tape to get treatment. READ 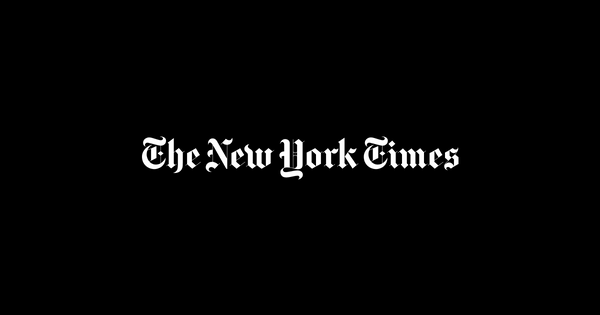 PTSD Made Him Walk Away From Public Life. Now He’s Heading Back.

Generations of politicians have assumed that openly acknowledging a psychiatric disorder would be disastrous. Jason Kander is testing that assumption. READ 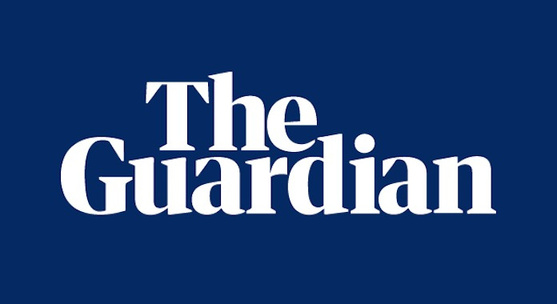 ‘The intensity has not changed’: Jason Kander on the fall of Afghanistan – and trying to get friends out

For weeks the former Missouri secretary of state, an Afghanistan veteran as well as a rising star of Democratic politics, has been working to get Afghans out of the country after its fall to the Taliban. That means working on Afghan time, which means working at night. READ

Kander talks openly about his condition for the first time in the new documentary “Here. Is. Better.” from Emmy-winning director Jack Youngelson. READ

Two influential Democratic-aligned outside groups will officially merge Friday, forming what will likely be one of the party’s best-funded organizations focused on campaign finance reform and voting rights. The groups, End Citizens United and Let America Vote, have already begun to combine staff ahead of filing paperwork with the Federal Election Commission to create a joint PAC, officials with both groups told McClatchy. READ 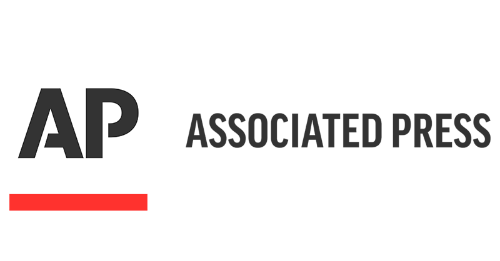 Jason Kander is back after quietly working through PTSD

Not so many months ago, Jason Kander was spending his life on airplanes. The picture of youth and energy, Kander was in demand from Democratic groups across the U.S., a military veteran from middle America making a powerful case for generational change in his party, possibly with an eye toward a 2020 presidential run. READ

I Suffer From Depression and Have PTSD Symptoms

So after 11 years of trying to outrun depression and PTSD symptoms, I have finally concluded that it’s faster than me. That I have to stop running, turn around, and confront it. I finally went to the VA in Kansas City yesterday and have started the process to get help there regularly. READ 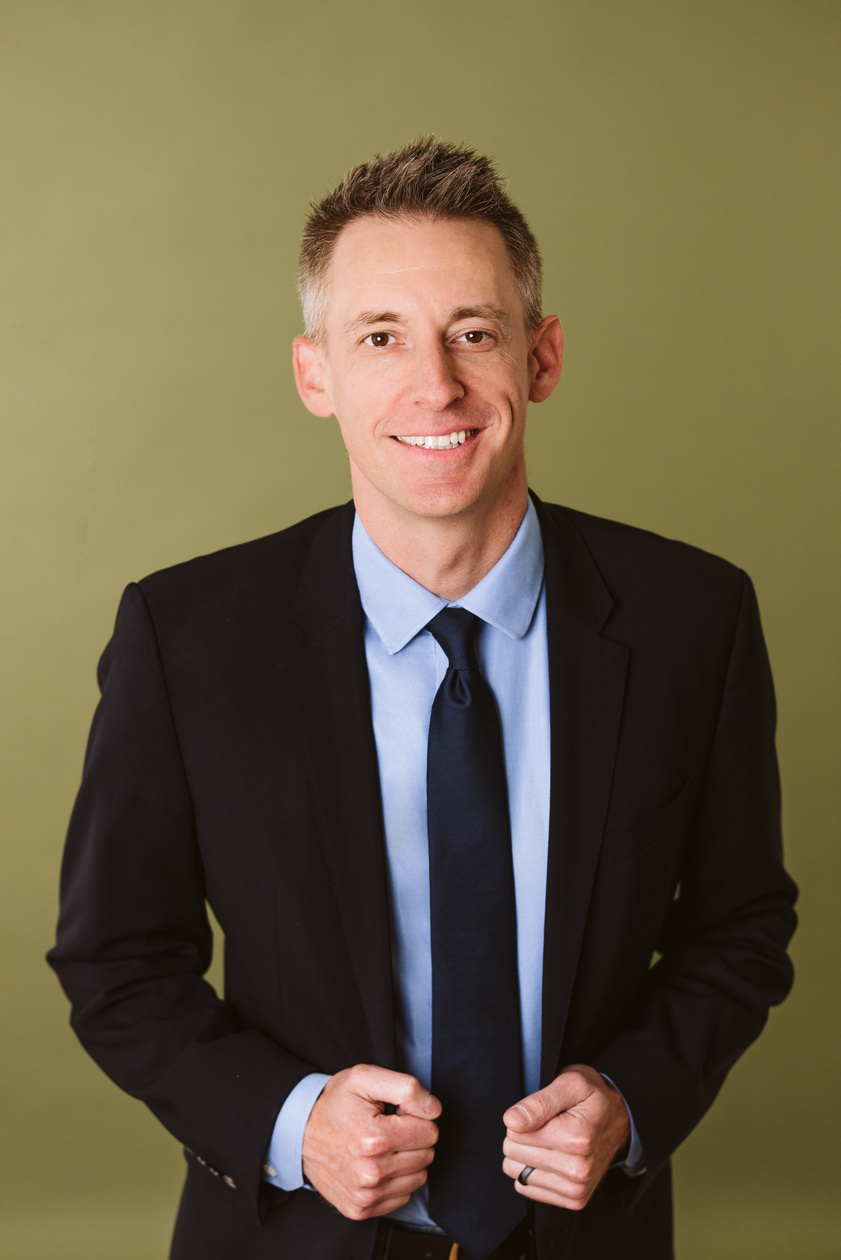 To learn more, contact Luke Neilssen at luke@brightsightspeakers.com and check out the BrightSight speaker page for Jason.

In this brutally honest memoir, following his New York Times best-selling debut Outside the Wire, Jason Kander has written the book he himself needed in the most painful moments of his PTSD. In candid, in-the-moment detail, we see him struggle with undiagnosed illness during a presidential bid; witness his family buoy him through challenging treatment; and, giving hope to so many of us, see him heal.

A smart and revealing political memoir from a rising star of the Democratic Party, Jason Kander. Kander’s signature outspoken voice is on full display in his New York Times bestseller, as he guides readers through his own journey from soldier to politician, detailing — often with a dose of humor — the lessons he’s learned along the way.

Learn more about Outside the Wire here. 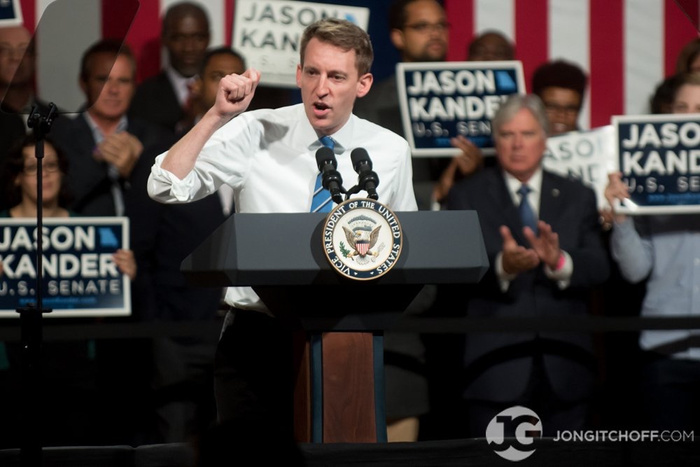 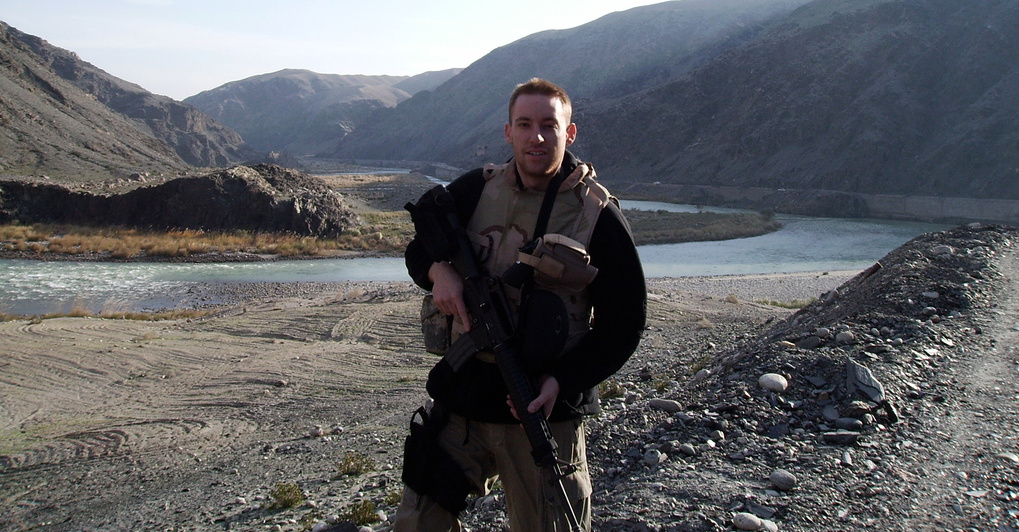 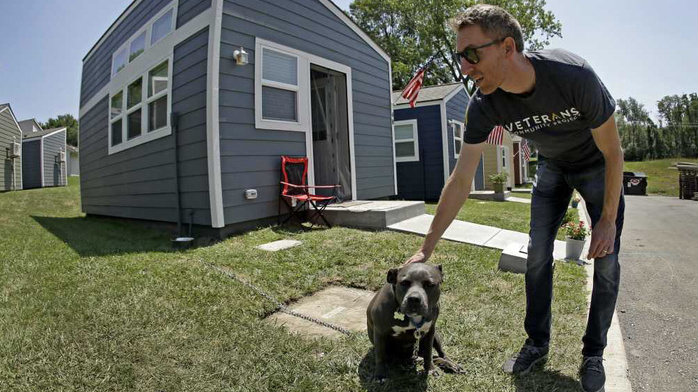